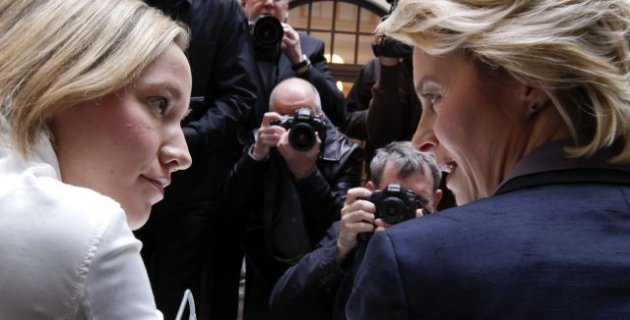 Why American women hate board quotas Barb Stinnett, an early computer science enthusiast, became Hewlett Packard’s director of worldwide sales in 2000. She was 41-years-old, a rare female executive in technology and the only woman to sit on the board of American Multiplexer Corporation, a public telecommunications firm in Silicon Valley.

Stinnett was optimistic the gender ratio would eventually balance — at that table and across the country. “But in the 30 years since I started my career,” she said, “there hasn’t been much change at all.”

Despite both the lack of change and the strong desire for it, Stinnett and many other American business women aren’t interested in pushing for one of the few measures that could quickly and dramatically increase the presence of women in the boardroom: quotas.

It’s a move many European countries have taken, following Norway’s decision 12 years ago to mandate gender quotas on corporate boards. France, Spain, Italy, the Netherlands and Germany have since adopted similar measures. The United Kingdom may not be far off. British Business Secretary Vince Cable recently announced that a quota may become mandatory if there isn’t faster progress made without it.

So, why does the idea repel so many U.S. women?

Part of a complicated answer: There’s skepticism quotas are effective at fixing the systemic problems that lead to unequal representation in the first place. Beyond that: a worry the measure could paint brilliant candidates as obligatory hires.

This fear of “tokenism” shows up not just in conversations with female executives but in the approaches of U.S. advocacy organizations that are dedicated to getting more women on boards.

Sheila Ronning, CEO and founder of Women in the Boardroom, said quotas could create a perception of token hires when, in reality, there’s a vast supply of qualified women in corporate America. Rather than pushing for target numbers, her organization works to connect more than 15,000 high-powered clients to upper echelon gigs:  “We have women,” Ronning said, “not in binders!”

The backlash at Mitt Romney’s infamous comment lives on. It’s peppered into gender discussions, immortalized in memes and further evidence of a strong cultural distaste for equality gestures that ring hollow.

Peter Grauer, the chairman of Bloomberg L.P., leads the U.S. chapter of the 30% Club, which globally pushes for better representation of women on FTSE-100 boards. Grauer wants to see a higher percentage at home and abroad — but a mandatory quota, he said, isn’t the way to make it happen.

“It starts with recruiting, a pipeline of candidates coming in, and making sure we’re creating the right work environment,” he said. “It’s critically important that the tone is set at the top of the organization.”

Stinnett, now the CEO of management consulting firm Timmaron Group, shares the opinion. It’s up to organizations and private companies — not the government — to incite change, she said. She has served on 19 boards over two decades and currently sits on three. Like Ronning and Grauer, she favors the more natural, if slower, solution of helping women build business connections.

“I still feel like there is the token seat, as much as I hate to say that,” Stinnett said. “Boardrooms are male driven, mostly men in their mid sixties… You really have to work hard to network and bring others with different backgrounds in.”

The progress has indeed been slow. In the United States, women hold 19.2 percent of S&P board seats, according to Catalyst, a non-profit group that works to promote women in business. That’s modestly up from 14.7 percent in 2005 and 9.6 percent in 1995.

It’s generally accepted that quotas would be one of the fastest paths to change those numbers. After Norway implemented the policy, women on public boards increased from 5 percent in 2000 to 40 percent in 2007. Moreover, several studies show corporations with more women on their boards tend to perform better.

What research has yet to show, though, is whether quotas could have a trickle-down effect on some of the deeper manifestations of gender inequality. At least in the short run, according to the largest study on quotas yet, Norway’s move did not boost female enrollment in business schools, significantly reduce the pay gap or foster a more family-friendly culture in the workplace.

As the Post’s Catherine Rampell notes, diversity has the potential to produce more robust debate and better decision-making, but “[quotas] may, in fact, hurt women’s opportunities if they lead to women being perceived as unqualified, unwanted diversity hires.”

This sentiment is at the heart of why the United States is taking the long route. American women have endured a well-documented history of unfair obstaclesin the workplace. They want a seat at the table, and they want the world to know that seat is fairly earned.