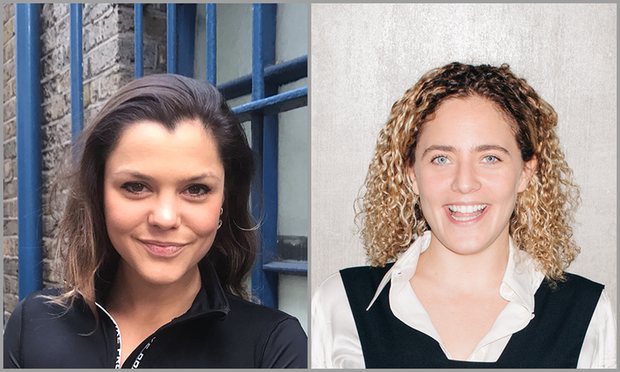 ‘She’s been life changing’: Why female mentors matter in tech

In an industry with a diversity problem, mentoring can help women to build up their confidence and career

Finding a mentor can be an invaluable career asset for women – especially in industries not renowned for their gender diversity, like technology. As well as boosting confidence, mentors can help open up networks, set and achieve goals, and generally give a sense that someone is looking out for you.

Traditionally this sort of relationship is fostered in the workplace, with senior employees mentoring juniors. More recently, a number of mentor-matching schemes for women in tech have launched in the UK, such as DevelopHer, Structur3d People and Freeformers. However, it’s still possible to find a mentor less formally, meeting people through networking events like Geek Girl Meetup, or simply messaging them on LinkedIn to ask if they would meet for a coffee.

Three sets of mentors and mentees who work in tech discuss their relationships, and what makes a good pairing.

Tabitha Goldstaub never received any formal mentoring when setting up her two companies – video technology business Rightster and artificial intelligence directory CognitionX – but she wishes she had. “I always felt that you had to try much harder as a woman – you had to know more, do more research, constantly prove why you’re in the room,” she explains. “Women could never wing it, whereas I saw a lot of men winging it. And while it does make you good at what you do, it also knocks your confidence. A mentor can help bolster that confidence and stop you beating yourself up so much.”

The experience made her determined to help other women. She is part of FutureGirlCorp, a female leadership school, set up by entrepreneur Sharmadean Reid, and she also mentors young female tech founders. One of these is Zoe Partridge, chief executive of fashion rental startup We Are the Walk, who she was introduced to by mutual contacts 18 months ago. At the time, Partridge was struggling to raise money, and was “treated like a little kid with a fluffy business renting dresses to my friends”, by prospective investors. “Tabitha helped me realise I approached the wrong people: male investors and people with a financial background. You need people who share your values.”

Partridge admits she had Goldstaub “on speed dial” in the early days. “She sat down with me and went through how much of her time I could take up. She said that unless I had a really important question, I had to try and figure it out by myself. I felt really guilty but it was useful to learn that.” The pair now meet monthly for two-hour sessions, and Goldstaub is still on hand if there is a crisis. Investment, equity and employment law are just a few of the areas Goldstaub has taught Partridge.

But it is not just a one-way street. “I love mentoring young people – I gain insight into how they feel about technology and what they find interesting,” says Goldstaub. “I get to see where gaps in the market are.”

June Angelides decided to find a mentor when she was on maternity leave with her second child. Working in the entrepreneur arm of Silicon Valley bank in London, she felt established in the industry yet worried about slipping behind. “I had a drop in confidence after my first child because things move on so quickly,” she recalls. “Having a baby makes it difficult to network in the same way – you can’t just join everyone for drinks and you also worry that people will see you as less committed.” She decided that learning to code could give her an advantage when she returned from leave, as she’d be able to “speak to startup founders on their level”.

She found Amali de Alwis, chief executive of Code First: Girls, a coding school that aims to get more women into tech, through a Google search and messaged her to ask if she would like to meet for coffee. “I was too old to do her courses but was keen to see if she could help me in any way. She asked me lots of open-ended questions and helped open up exactly what I wanted to do and why. She then suggested that, as I hadn’t been able to find a course that was right for me, I set one up myself.”

The result was Angelides’ company, Mums in Technology, which runs coding classes that women can bring babies to. “Amali opened up her network to me and was so generous with contacts. She started unofficially mentoring me immediately – she didn’t hold my hand too much, I’d go off and do things and she’d then review them. She’s been life changing.” Angelides also turned to de Alwis when deciding whether to return to work or pursue her business full-time – she chose the latter.

From de Alwis’s perspective, her own experience of being mentored – by the woman who hired her in her previous role – has helped her understand what works and what doesn’t. “I meet a lot of people for coffee but I don’t end up mentoring everyone – it’s a very organic thing,” she explains. “One of the biggest challenges for women is having the confidence to enter into leadership roles or entrepreneurship. That’s where role models come in – it’s good to see people’s career road maps.”

With so many young founders and chief executives in tech, the industry can be an intimidating place for people moving into it as a second career. Sarah Drinkwater, who heads up Google Campus London, the tech giant’s co-working space for entrepreneurs, previously worked as a journalist before moving into startups in her 30s. “It was really difficult for me to find my way as an arts graduate, and what really helped was the people I met who had faith in me,” she recalls.

Megan Gubler found herself in a similar position when she recently started her first job in the industry, as an account manager at startup incubator Runway East. “It was quite overwhelming and I felt like I needed some guidance,” she says. “My boss told me about Local Globe’s Ambitious Ladies in Tech mentoring scheme and suggested I apply.”

She was matched with Drinkwater in November 2016, and the pair found a strong parallel between their interests and career paths. “[Gubler] really reminded me of myself when I was younger,” says Drinkwater. “I’ve worked with around 15 mentees now, and I’ve learned it’s about chemistry, people have to want to build a relationship, and you need a mixture of structure and flexibility to set and meet goals.”

The pair meet once a month to discuss Gubler’s career path, rather than just focusing on her current role. “I’m going to a storytelling event that Sarah recommended, which isn’t related to my work but fits with my long-term goals,” she explains. “It’s almost like having an agent – someone who keeps an ear out and looks for opportunities for you.”